At Home on the Peninsula with Ena Celoiu

Since she moved into her Upper Riverside apartment, Ena Celoiu has been fine-tuning her streamlined, serene style.

Ena Celoiu lives in a seemingly perfect oasis of calm. A quick two-minute scroll through her Instagram feed, @littl.haus, will make your shoulders drop, filled as it is with dreamy shots of the apartment – cream and white, clean-lined and light-filled – that she shares with her boyfriend. It’s peppered with inviting textures, carefully considered furniture, beautifully designed glassware and occasional pops of colour courtesy of objects and art. “Everything in my flat is chosen with care; I only buy things that I really love,” says Celoiu, 28. “I’ve always rented in the past and when you’re moving pretty regularly from flat to flat and living in flat shares, you don’t always invest in things to last you a lifetime. You’re looking for convenience and things that can do their job in the moment. But when I moved here, I had been in London for about nine years, and it was time to choose the things that I absolutely loved. 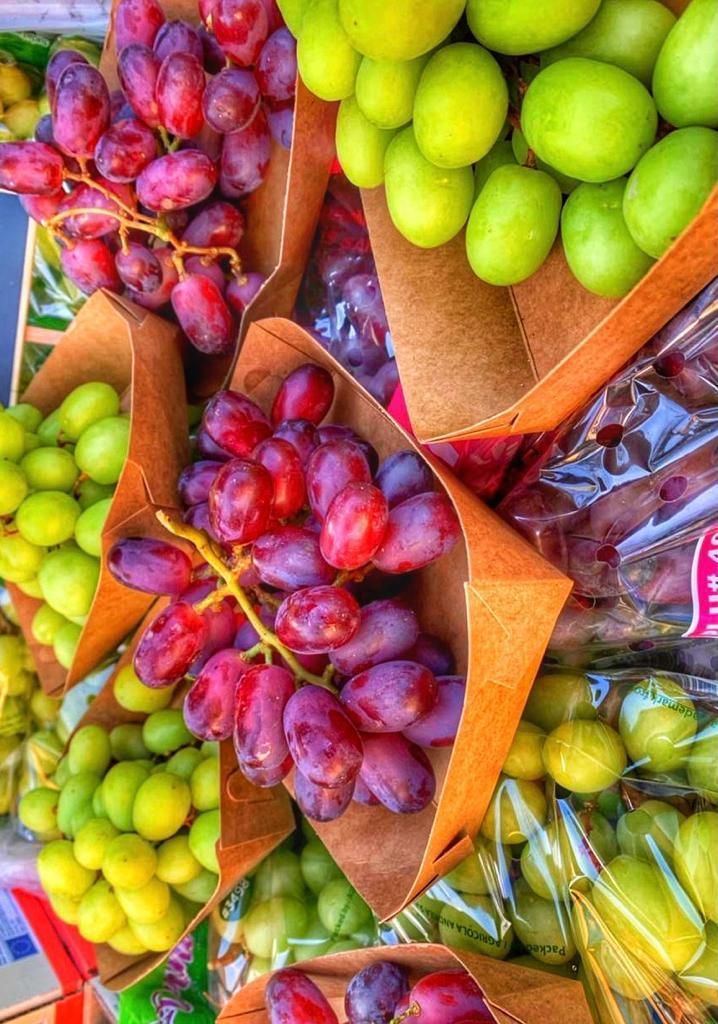 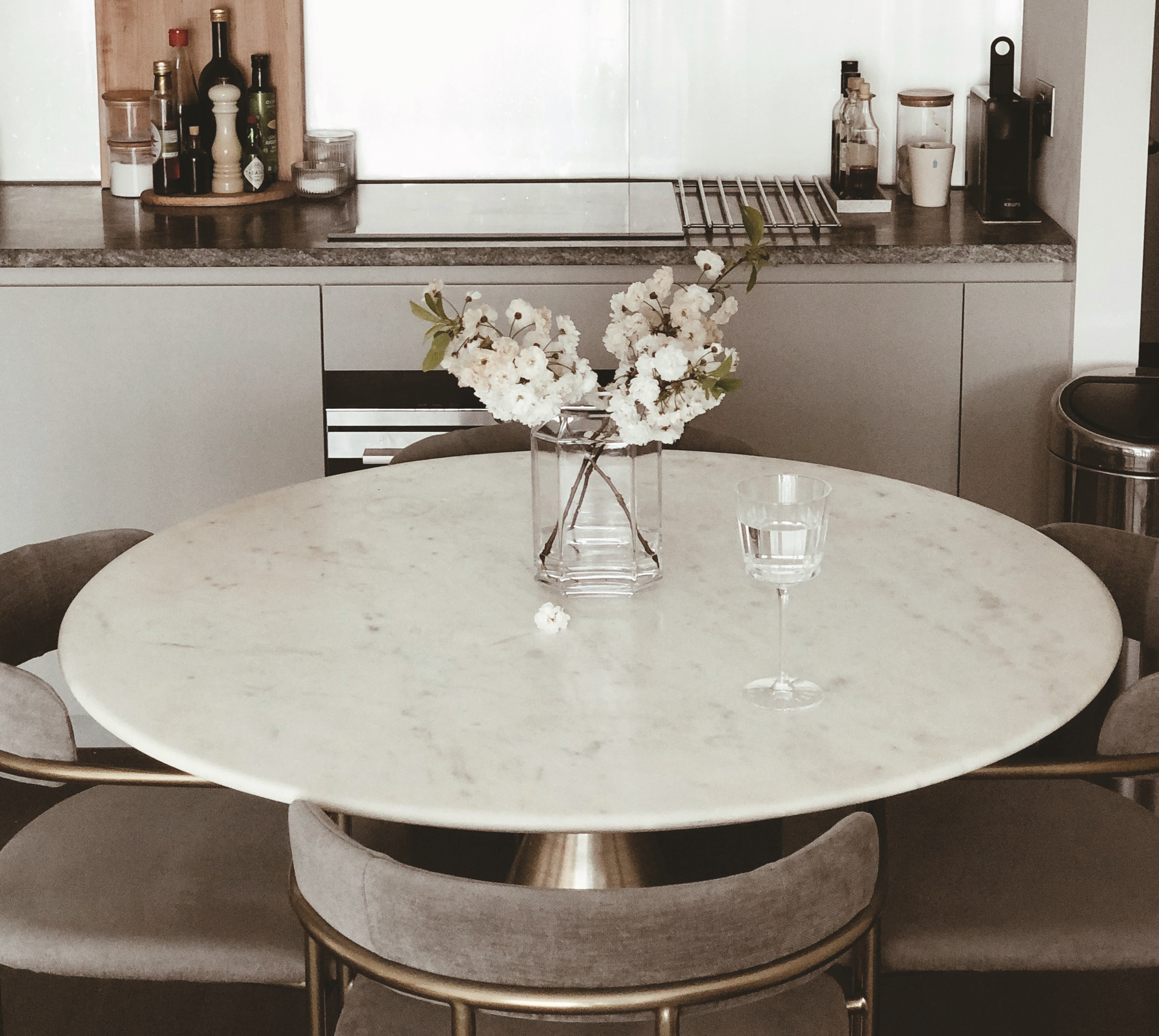 Celoiu bought the apartment off-plan three years before it was completed, so she had plenty of time to mentally map out the space, but didn’t commit to buying anything until she moved in. “I knew I wanted a Jonathan Adler ‘Ingmar’ chair and a big white sofa, so those were the first major pieces I bought,” she says. “I wanted a marble [dining] table, too. I was debating building an island instead, but having grown up in a family where dining talking, and everything happening around the table, I was drawn towards having one. It’s more inviting to sit down.”

Once those key pieces were in place, Celoiu took a break and lived with them for a while to see how they fitted in, how much space she had left and what she wanted to put around them. She’s constantly on the lookout for interesting and daring objects that will help change the mood or the colour scheme in the flat, alongside standout pieces of art; she bought her first pair of paintings – now hanging above her bed – on a trip to Italy, has recently commissioned another artwork after finding an artist on Instagram, and has even painted some canvases herself. She’s thoughtful rather than impulsive when it comes to the things she buys and not just because she wants her love for them to last. “I admit I’m a very indecisive person,” she says. “Before I decide to purchase something, I run it in my head, maybe a million times. I have to have a vision for it.”

Like many of us, Celoiu has been spending a lot more time than usual at home over the past few months, swapping a daily commute to the City, where she works as a product manager at an investment-research firm, for remote working from her much-loved Jonathan Adler chair in a cosy corner of her living room. She’s relished the opportunity to really take in the space she’s so carefully curated, and it has inspired her to make some changes to the previously all-white décor: she painted one wall in the office – her boyfriend’s preferred workspace – an aquamarine shade inspired by a Studio Ashby-designed project. “I started reading a lot about colours that create a mood for concentrating and being productive, and it seemed that blues and greens are those colours, so I picked something in-between,” she says. “My boyfriend inspired me to do it; he said, you have colours from nature in the flat so why not bring in a bit of green, which is colour but still a natural tone.”

Before I decide to purchase something, I run it in my head, maybe a million times. I have to have a vision for it 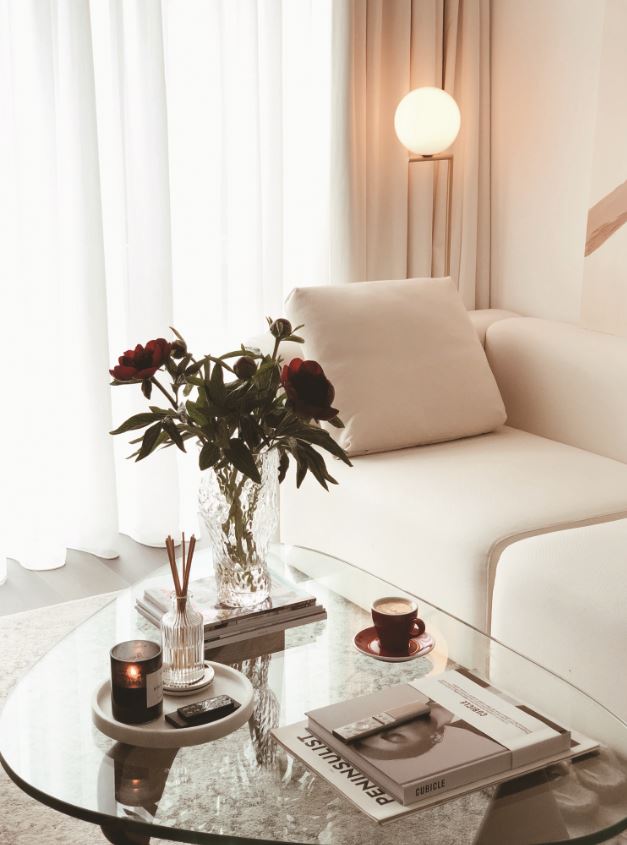 The first time Celoiu visited Greenwich Peninsula, she was hooked by the architecture, its growing, vibrant creative hub and the incredible views of the Thames. Her Upper Riverside apartment looks east over the river and she has a small balcony populated with plants, where she likes to sit and drink coffee and eat dinner during the warmer months. She loves the strong sense of community amongst the residents, too, and her flair for interiors has recently connected her to the budding creatives among them. “I did a takeover of the Peninsulist’s Instagram stories and started getting a lot of questions from residents who were also furnishing their flats, exploring ideas and looking for experiences that people might be able to share,” she says. “So, I created an interior-design WhatsApp group that anyone is welcome to join. It’s such a great place to talk about what we’re interested in, as well as things we want to know or get help with; we exchange ideas, advice and inspiration. We’re not designers, but we’re design-passionate.” 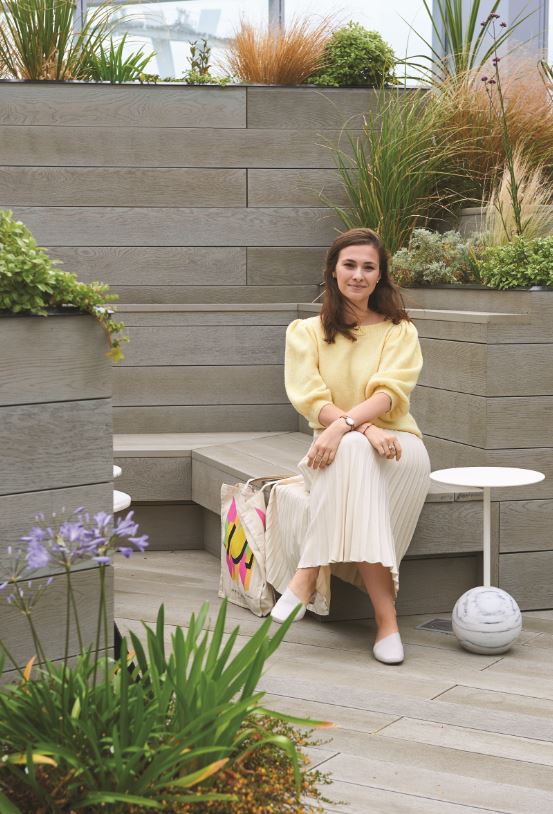