Nadia Huggins’ new photographic exhibition, Circa No Future, takes a deep dive into adolescent life in St Vincent, revealing an authentic coming-of-age, as she explains to Alex Rayner.

You would be forgiven for thinking that Indian Bay – on the southern coast of St Vincent, close to the capital, Kingstown – was more or less paradise. The air temperature on this Windward Isle in the West Indies is in the high 20s all year around, and the sea isn’t far behind, locking it in a tropical, eternal summer. Bananas, mangoes and guavas grow in its volcanic earth, and the shores are so picture-perfect, they served as the location for the 2003 movie Pirates of the Caribbean: The Curse of the Black Pearl.

However, there’s plenty of trouble in this paradise. The unemployment rate hovers around 20%, and plenty of young men haven’t many more sources of distraction beyond the island’s enviable assets.

Nadia Huggins is a 35 year-old photographer and creative director based in St Vincent & the Grenadines (as the island and its neighbours in the archipelago are known). Her father introduced her to photography when she was a child, and she continued to explore the medium in her teens.

“I think around the time I was 18, I started to realise that I could do more with the image than just capturing my surroundings,” she says. “I understood that there were emotions attached to what I was doing and I set out to see how I could put different concepts into motion. I really was just on a quest to see how I could translate my own feelings into an image and see if the viewer on the other end could internalise that somehow.”

Huggins also used to head out into the coastal waters of Indian Bay alongside the local lads. “Even though I would have been a young girl, I was one of the few that would swim out with the boys and jump off with them,” she says. “I knew it enabled me to have a perspective in a way that others might not have.”

I think around the time I was 18, I started to realise that I could do more with the image than just capturing my surroundings 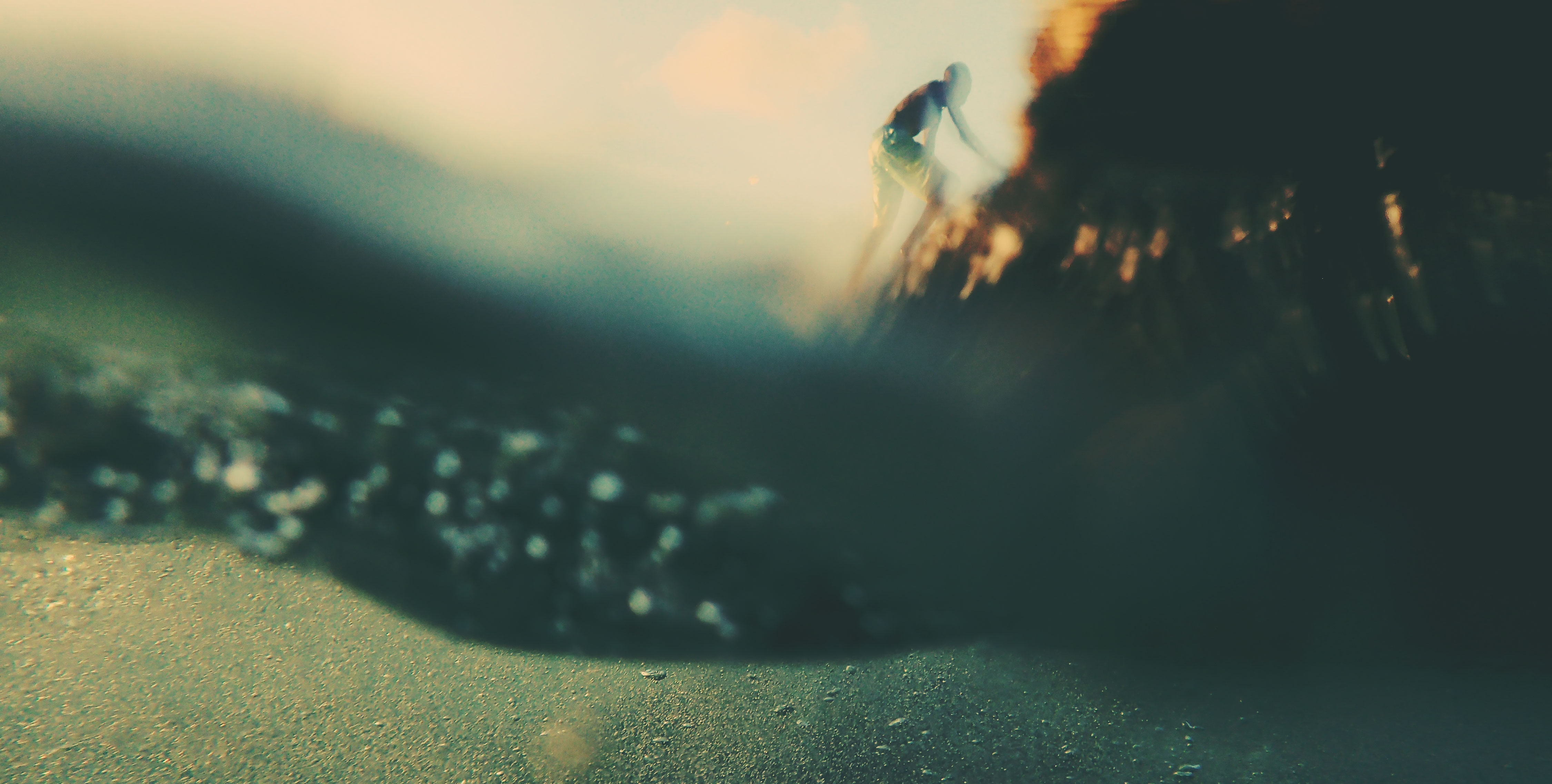 She began shooting these kids around five years ago, in and under the water, in a fairly simplistic way. “It's actually difficult for me to see what I’m capturing underwater because I’m shooting with a pair of swimming goggles and a basic point-and-shoot camera,” she explains. Yet her lo-fi approach suited her well, as she didn’t want to make the kind of underwater pictures more commonly associated with this part of the world.

“Most underwater photography done in the Caribbean primarily documents marine life for scientific purposes or tourism promotion,” she says. “You will rarely encounter images of Caribbean people being represented in this space in an honest way.” And though Huggins was shooting in the most natural environment, her subject was more social than biological.

“I became really aware of the number of young men hanging out in the streets, mostly unemployed,” she says. “I knew I wanted to work with adolescent boys and young adult men in some way, but I wasn’t sure how it would take form. The beach I documented the young boys on is a place I spent most of my younger life.”

The project, which developed organically over the last few years, wasn’t without its obstacles. “I suppose the most difficult part of working in this capacity is being able to maintain a relationship of trust between the subject and myself,” she says. “In a lot of ways, I am ‘other’ to them. Being able to find a common ground to create a relationship is always a challenge, but once you are able to find that universal connection it opens up a lot of possibilities. I think the sea enables that shared experience of respect and trust both ways.”

Most underwater photography done in the Caribbean primarily documents marine life for scientific purposes or tourism promotion. You will rarely encounter images of Caribbean people being represented in this space in an honest way. 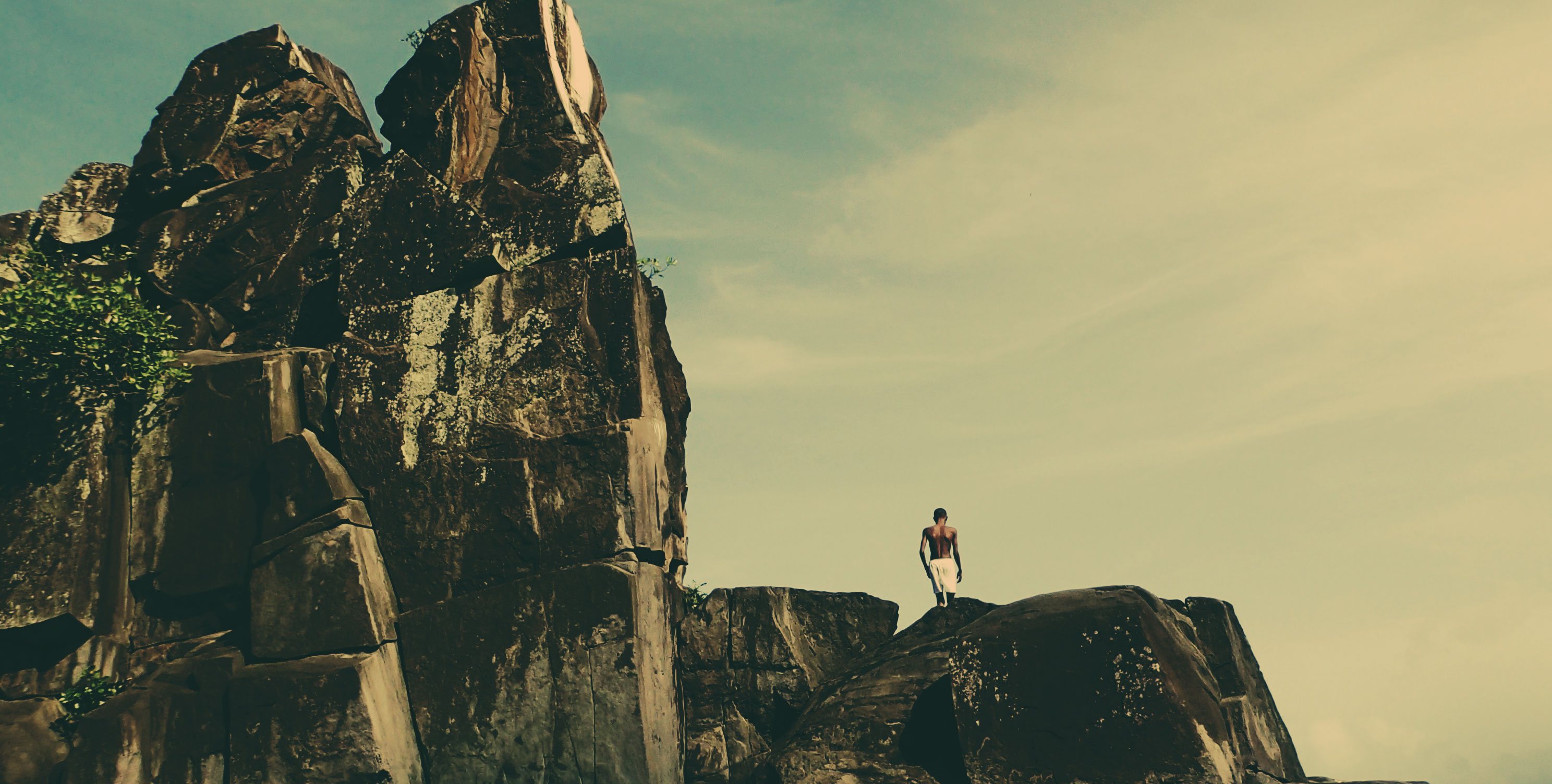 The pictures are on show at Greenwich Peninsula’s NOW Gallery in an exhibition entitled Circa No Future, as part of the gallery’s Human Stories series. It might seem like a strangely nihilistic title for such pleasing images, but Huggins’ aquatic pictures show a moment of respite from daily worries for Indian Bay's beach boys. “The rocks these boys jump off of are a space separate to their day-to-day lives on land. Which enables a freedom of expression that they may otherwise not be able to explore,” she says.

On one level, the pictures are beautiful: a bunch of handsome fellas in a beautiful setting. Dive a little deeper though, and there’s a tenderness and openness to the images, a glimpse of adolescents coming of age, as well as a sense of the more pressing concerns that confront these kids once they towel off and go home. It’s a side of St Vincent and the Grenadines you rarely see shown elsewhere.

“Even though we are islands and have a very deep relationship with the sea, our contemporary images of ourselves are mostly performative,” says Huggins. “I’m interested in those moments we stop performing and are the most authentic version of ourselves. Also, I think there is a lack of representation of black bodies occupying these spaces. Beyond the shoreline of brightly coloured beach towels and sunglasses, there is another reality that Caribbean people exist in.”

Circa No Future is at the NOW Gallery, Greenwich Peninsula, 4 October-10 November. 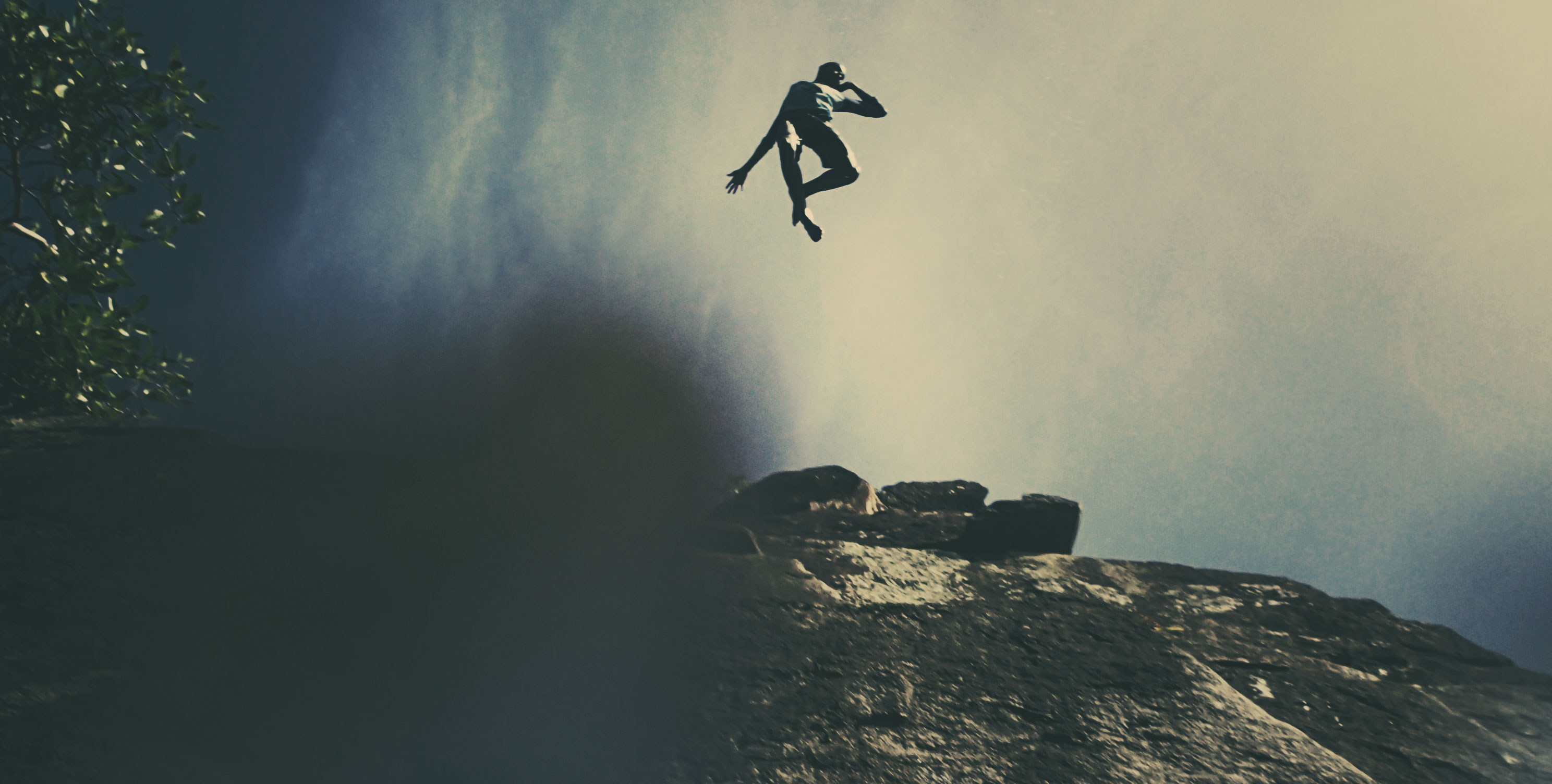